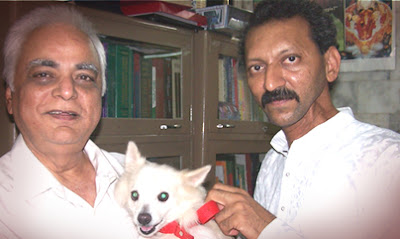 Back home in silence of his mind he tries to figure out the attitude of people towards animals particularly strays. “I was very much hurt by the manner in which the suffering stray was behaved with” says Arvind Shah when he recalls that incident. This was no ordinary moment because it inspired the beginning of the movement which shall save hundreds of lives in time to come. He vowed to himself of not to wear any footwear till he builds up a shelter and hospital for suffering beasts. He than got involved in animal welfare activities and started planning for something to help the strays. It was during this time that he suffered through worst form of oral cancer and was almost about to lose voice when miraculously he was spared his life and voice, which he determined to use it from than on for the voiceless. Hence, came up a Non profit - Non government organization “karuna” in May 2001.

Since its inception Arvind Shah has been the soul of the organization. He pioneered Mobile animal clinics for free onsite medical treatment of distressed strays, went bare footed in rescue and legal operations, saving lives of hundreds of suffering creatures. Day and night Mr.Shah has worked restlessly over the years to improve the standards of animal care through “karuna”. From four treatments a day to more than 250 today the organization has been upgrading itself each day. Apart from employing dedicated staff to work for animal welfare and using the best available medicine Shah is also working hard to build a “Paangla Pol” – A shelter for the permanently disabled animals and hospital to care for the sick and injured ones with a compassionate heart and managing increasingly difficult balance between personal life and a concern which has become a meaning for his life altogether with high hopes.


but soon or late the man who wins,
Is the man
WHO THINKS HE CAN ! ” 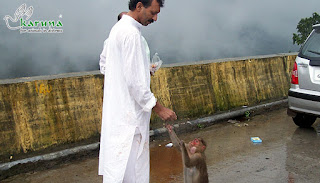 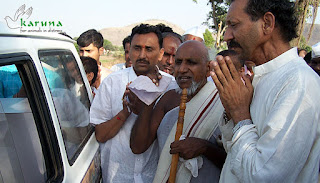 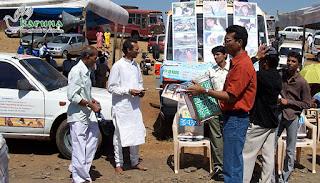